A downloadable game for Windows

In a distant countryside in Chile, The Legend of a witch, owner of a gigantic and aged circus that appears from time to time, is told. This witch has a troop of "dehumanized ones," which mainly captures children to turn them into creatures. The witch provides various shows that the circus offers.  In The Legend of the Witch and the ghost circus, this stage is called "Hunting." This event is held days before the circus opens its doors to “customers.” Most of the peasants lost in the area are captured and bewitched by the witch for the reason that they work for her and the gigantic circus, which seems to have a life of its own.

A Red Sky has taken elements from different genres of video games without getting to be pigeonholed into one, so our best description would be "an adventure and action video game with RPG elements.

Many of these features are designed and developed, however, some are still in development. All these are within the GDD of a Red Sky; therefore, all of them will be in the final release of the game. 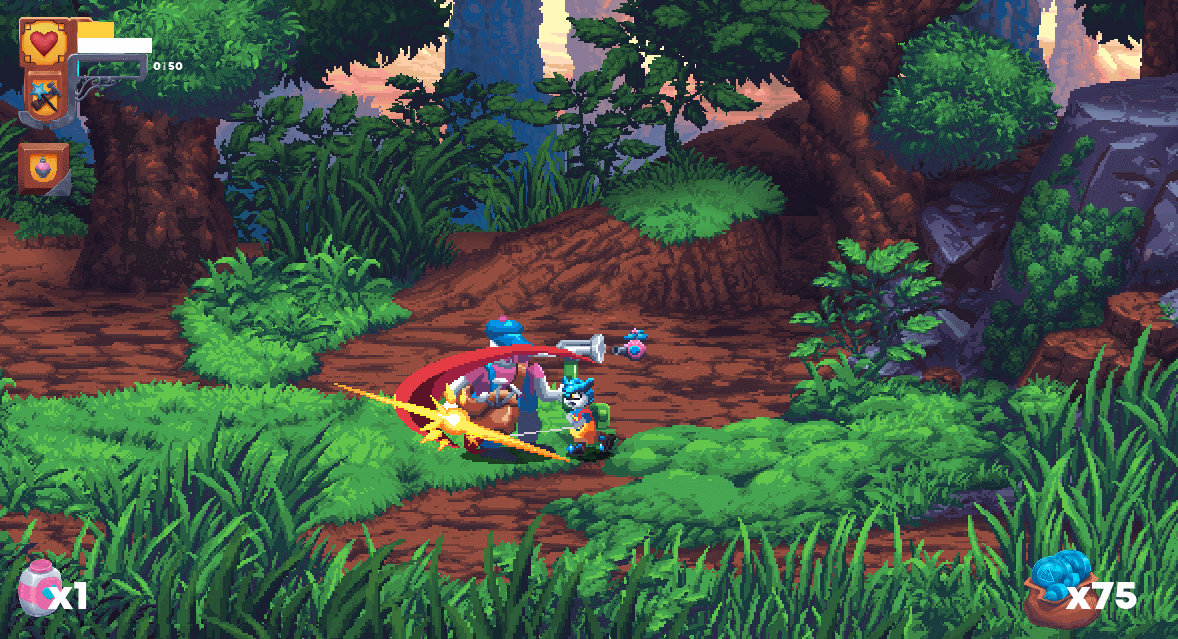 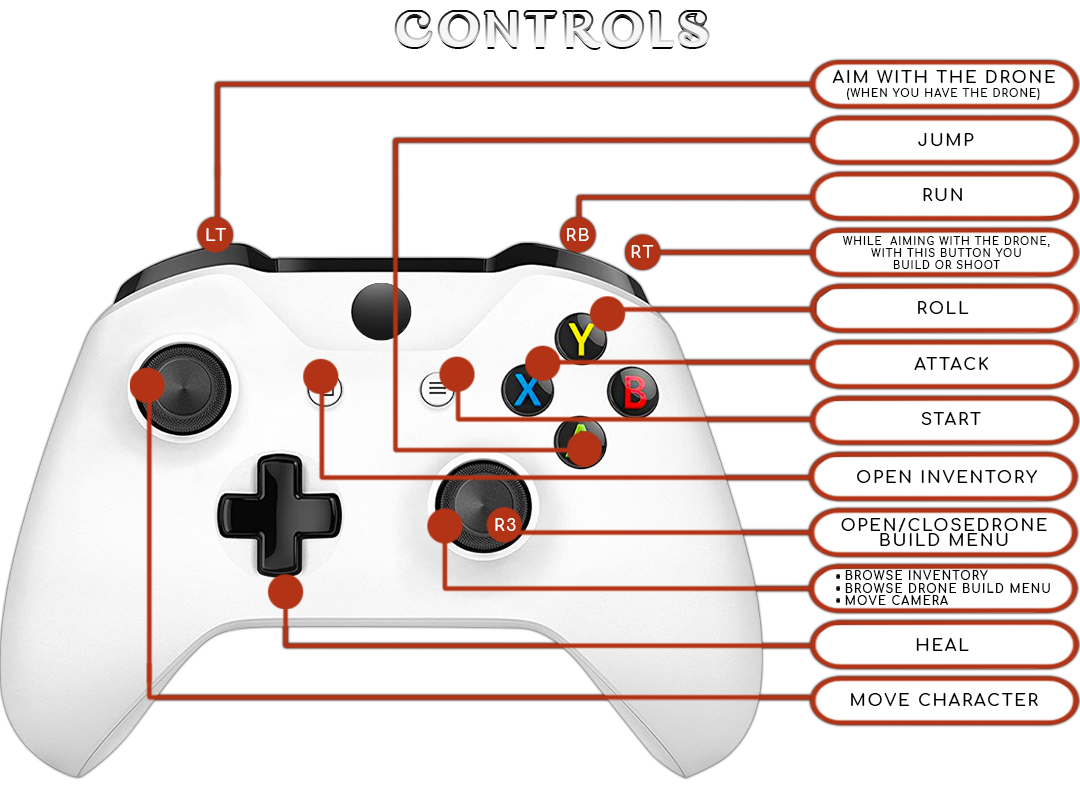 Really great Platformer! It is featured on my Week's Top 5!

Thank you very much friend, great video. We love that you liked our A Red Sky alpha demo <3

A Red Sky is a science fiction and magic-themed 2D action platformer RPG video game with exploration, in which you must create your path to the release of a bewitchment. Free the countryside and its people from the horrible hunt that has begun.

The story is set in a distant countryside in Chile, where, The Legend of a witch, owner of a gigantic and aged circus has a troop of ‘Dehumanized ones” which mainly captures children and turn them into creatures. These creatures are then forced to work in her ghost circus. The protagonist named Tobi is a young schoolboy who fell into the trap of the witch. She turned him into a strange creature with animal-like features. But he was rescued from the hands of the witch by two strange creatures who are honest and want to help him. From there the story of a little boy turned into a beast begins. This story has various thrilling twists and arouses curiosity with its blend of science fiction and magic. The game begins with the incidents after Tobi been rescued from the circus. So, I had to watch the game trailer to understand what the story was all about. This Lack of cutscene or proper narration, in the beginning, leaves the player in a state of confusion.

A Red sky is a platformer with elements of RPG. Like most of the indie platformers, this game also has an energy system for abilities. So you have to keep track of your energy bar during combats. The game mechanism is solid and the building mechanism does add depth to the gameplay. The world of the game has freedom of exploration. The controls for this game is not at all optimized for PC. Apart from the movement keys (WASD), all other control’s keymapping is weird and there is no option to set custom key binding. So, I had a really tough time while playing this game with the keyboard. Also, the controls feel a little bit unresponsive especially during the transition between movements and abilities.

The touches of humour in dialogues were good but I felt there was a lot of unnecessary talking with not much content. At some point in time, I lost my interest to read the dialogues completely.

The combat mechanism in this game is brilliant. The main character’s weapon is a Yoyo toy. Using yoyo as a weapon was a really good thought and match well with the setting of the story. Yoyo is well executed in the game as a weapon but I feel that it have much more potential. The ability to use yoyo to interact with objects and adding some cool yoyo tricks to the idle animation could help in making the character a bit more interactive. The enemy AI is surprisingly good. The characters don’t feel repetitive. I want to appreciate the effort the game developers put into the combat system of NPC. Especially that tall guy with a broom whom I thought was just a regular platformer enemy with a strong long-range attack but with weak short-range attack. But I was shocked when that character stabbed Tobio with a dagger from his pocket when I approached closer to exploit its weaker short-range. With a bit of improvement in the fluidity of the controls, the combat system and challenges are solid enough to keep you hooked to the game.

Team RobotBlackHat nailed this part. “A Red Sky” uses pixel art style for their graphics like most of the indie games out there. All the environment are beautifully hand-drawn and animated and is brimming with life. Since no tiles are used the player won’t feel any repetitiveness in the environment. All this makes the environment designs a feast for the eyes. The game allows the player to explore the environment freely within the limits of a platformer. Character designs are beautifully detailed. But the protagonist’s character design lacks details compared to the environment and other NPC. Also, the in-game character design looks different from the anime version shown during the conversation. In the in-game design, the main character’s nose looks like it is round in shape while the anime version has a pointed nose. This makes the in-game design looks like a blue Koala bear causing inconsistency in the design throughout the game. 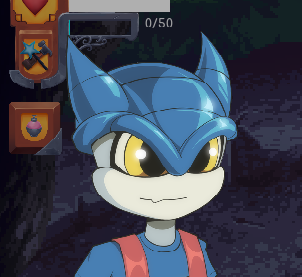 The sound design in this game is top-notch. The soundtrack and SFX help in creating a perfect atmosphere. The background music does bring that mystical feel to the environment and build tension in our mind. The high-pitched humming in the background music is sometimes disturbing so I had to turn down its volume. Adding more ambience SFX could help in creating a more immersive surrounding. The ground hit sound effect after falling sounds like stomping the floor with high heels. That sound feels repetitive in the long run since the sound doesn’t change w.r.t to the surface on which the character is falling.

While “A Red Sky” is not perfect, it still is an enjoyable platformer with a lot of potentials. The story and the art design does give freshness and uniqueness to the game. I enjoyed playing this game. I would give this game 3.5/5.

Thank you very much for your elaborate feedback. We love reading comments like yours because that way we can improve A Red Sky. <3

Thank you very much for the video and for your feedback friend :D

Hii, I've made a short video about the game and wanted to share some feedback about it, hopefully it is useful to you ^^

-The concept is good but the characters need to have more "drawings" to represent better the tone of what they are saying.

-The gameplay mechanics are interesting, but the controls feel a little bit unresponsive.

-The visual style is quite good and has a lot of potential.

Hopefully this is useful to you :D, also if you could subscribe that would help me a lot :)

Thank you very much for your feedback bro <3

Like the game! The dialogue I feel is a bit long but had done good comedy, fighting is nice and fluid plus the build mechanic was nice. Didn't finish the whole game but I'm still playing the demo.

Good video friend friend. We've just updated the alpha, fixed graphical issues, more tutorials, and the final boss bug. There is also the option to advance the dialogues with the "start" button.

That is the plan 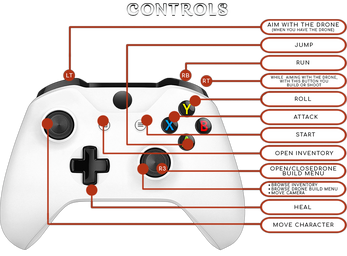 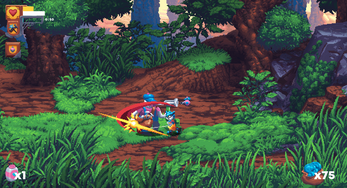 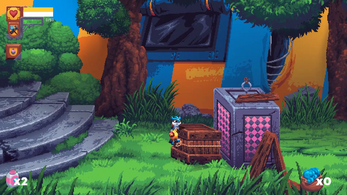 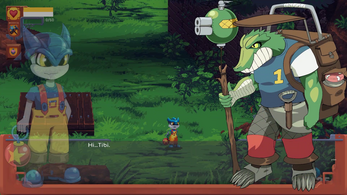 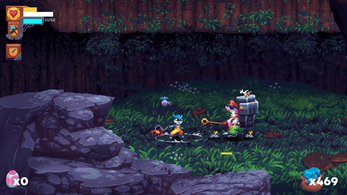 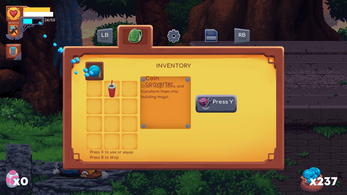 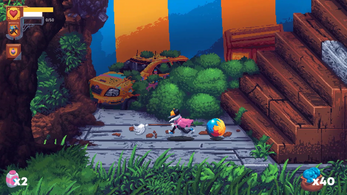 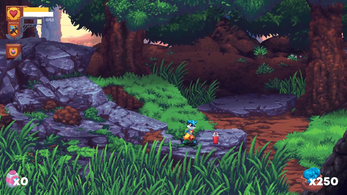 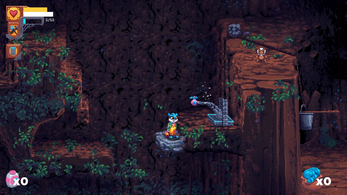 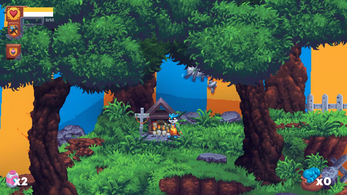 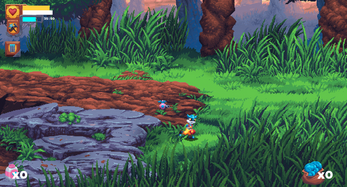 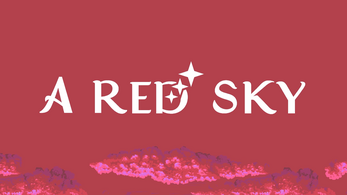